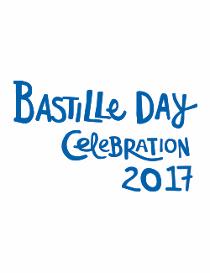 13 July 2017 5:00PM The Argyle, The Rocks, NSW, Australia.
Tickets are now sold out online but will be available at the door from 5pm

It is now a red-letter day for French people, a time not only to commemorate but also to celebrate... so let's party!

Join us on Thursday 13 July for a fantastic night of French music, Cancan, drinks and food at the Argyle in the Rocks, Sydney.

The Alliance Franēaise de Sydney and the numerous organisations in the French-Australian community in Sydney invite to you join us in celebrating the French National day in style for its 7th consecutive year. With more than 2,000 attendees each year, the event is now a milestone in the French cultural calendar.

Come along for a night of lots of French fun!

Brought to you by

For all ticketing enquiries or if you've any query regarding your purchase please contact our support team at: